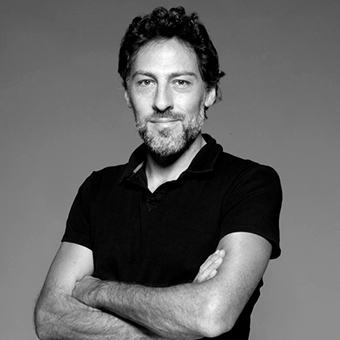 I was born in 1969 in Florence. After graduating from the Istituto Statale d’Arte in Florence with a diploma in Graphic Arts I became an illustrator and in 1995 – together with Simone Boni – I co-founded and managed the INKLINK studio continue … 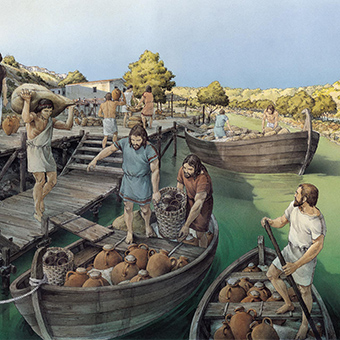 INKLINK was born as an illustration studio: here, I’ve always worked in a team with other illustrators on fiction as well as non-fiction projects, but publishers soon learned to identify us with scientific drawings, for the precision and accuracy reflected in our works. In time my responsibilities as illustrator within the team became those of visualizing the point of view, content and composition of a drawing and performing the final touch-ups to colouring. 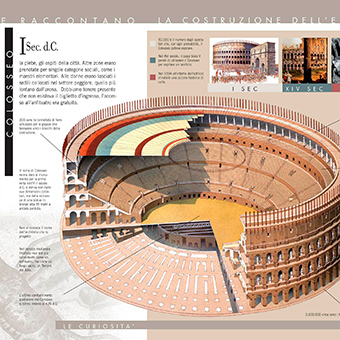 I’ve collaborated several times with publishers, helping them with the creation of illustrated book series about arts, history and nature. My contribution consisted in finding a role for the illustrations within a graphic project and relating them to the content. 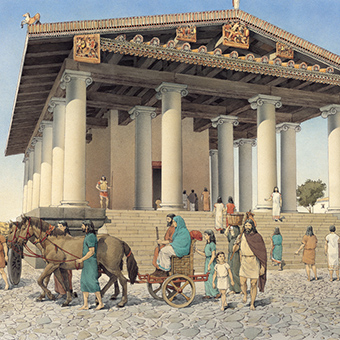 With INKLINK I’ve worked many years on the graphical reconstruction of archaeological sites in Italy and abroad. We have become true experts in this field, which showed in our technique as well as the amount of incoming requests. As an artistic direction it was a great experience for me. The goal was always to give life to the scientific findings of a site and create a visual story that would speak to all. 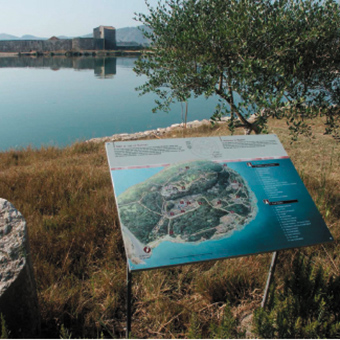 Parallel to the archaeological reconstructions, with INKLINK and in collaboration with Simone Boni, I’ve taken on requests for the design of information plates, panels and guides for exhibitions and open-air nature trails. 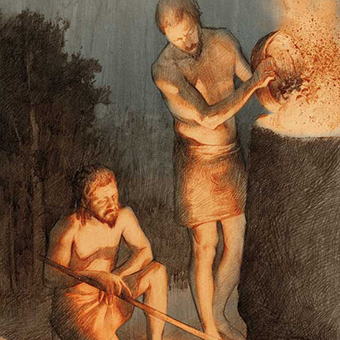 Together with my colleagues at INKLINK, I’ve been able to experiment with traditional illustration techniques on paper as well as new digital techniques, but most of all with the interaction between both. Our research always aimed at finding a perfect match point between the design already on paper and the possibilities provided by digital post-production; between the creation of virtual 3D models and their subsequent development in paper form with ink and colour. 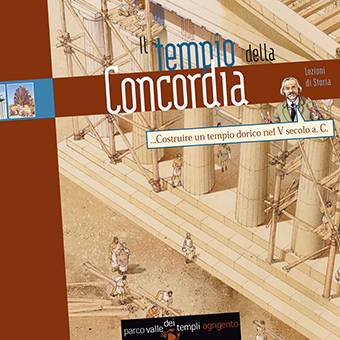 The passion for comics of some of INKLINK’s members has led to the realization of various titles of a genre best described as historical fiction. Apart from helping with the colouration of some comics, I have developed a comic series for the park of the ‘Valle dei Templi di Agrigento’ (Valley of Temples of Agrigento, Sicily), coordinating the graphics and production of content and pictures, right up to the final print stage. 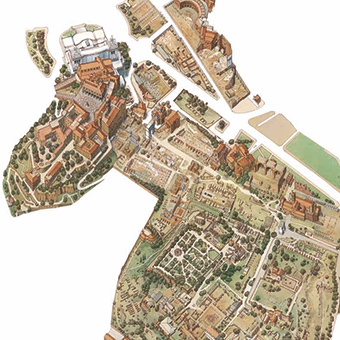 I’ve been able to express my passion for maps when creating the Monumental Map of Florence on occasion of the Great Jubilee of the year 2000. It was produced together with INKLINK and Roberto Innocenti. This work sparked off the creation of a series of other maps: from the central archaeological area of Rome to the city centre of Grosseto, from the entire Tuscany region to the island of Malta. One place I’d still like to map out is the city of Petra in Jordan. 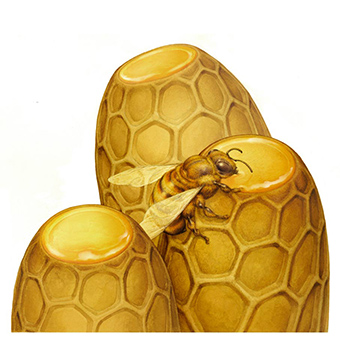 For several years, first with INKLINK and later as freelancer, I’ve designed illustrations for the packaging of herbal products by ABOCA and PLANTA MEDICA. I enjoyed this work immensely, as it made me rediscover my love of nature, which had characterized especially the first years of my career as illustrator. 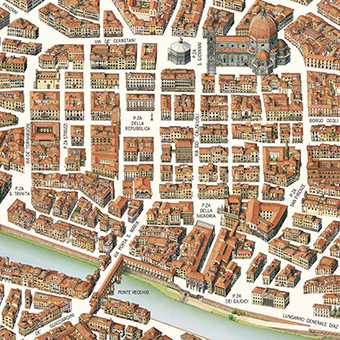 I’ve conceptualized paper products several times, which eventually led to the creation of my own product line in collaboration with Simone Boni and Roberto Innocenti for our small publishing company GRAPHIUM. With further input by graphic designer Mauro Pispoli the line received the highest recognition in the category of THREE-DIMENSIONAL at the TOP AWARD FEDRIGONI in 2009.

I love Florence, and over the years with INKLINK and as freelancer, I’ve had the chance to create many drawings which tell of its history and secrets, many of which are still hidden in the buildings and urban landscape of the city. Carefully archived until now, these works can be seen online in my portfolio on this website. 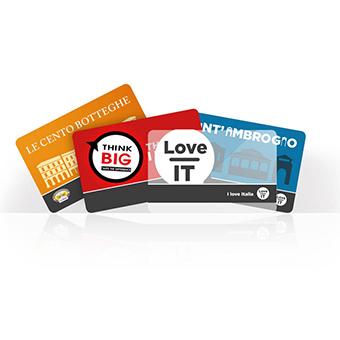 After having left INKLINK I became Art Director in the Marketing and PR department of NEXUSCOM, a company specialized in customer loyalty schemes and CRM. Here I’ve worked for two years with Mattia Donati and Serena Miazzo on the restyling of company images, the development of new brands and their on- and offline representation. 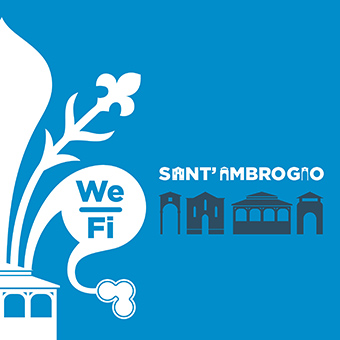 At NEXUSCOM I’ve helped create several customer loyalty schemes, right from coming up with the initial creative concept, to choosing a name, to considering its relationship to the social fabric and the philosophical framework within which they still operate today. The project closest to my heart is project We-Fi, born from the local market in the district of Sant’Ambrogio in Florence. The scheme has subsequently expanded on a national level under the new name Love-IT. 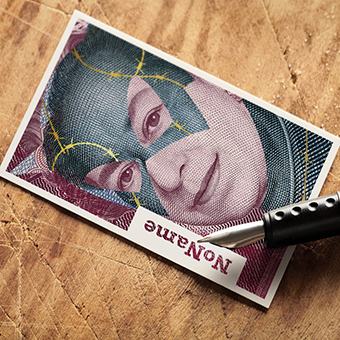 Together with Mattia Donati and Serena Miazzo I’ve created the project NoName: an association of various professionals who join forces for marketing and PR projects. NoName is in itself the concept by which we aim to stand out from the crowd and show that the name should rather be that of the collaborating professionals themselves, who come together as a team whose members are ever-changing according to needs. 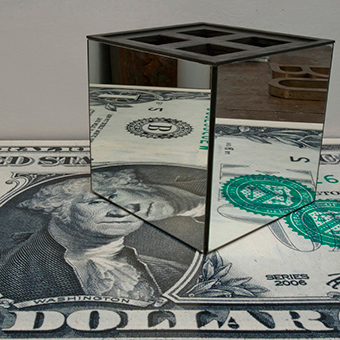 Since 2011 I’ve been following down an artistic road which led me to explore themes of ECONOMY/CRISIS. Playing with different techniques, the sky’s the limit for my imagination which won’t be satisfied until an idea has been given form and life. 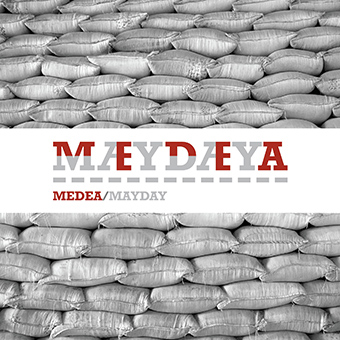 For years I’ve been collaborating with the theatre company LABORATORIONOVE, designing costumes and stage settings. It’s always a great opportunity and pleasure to work in a real three-dimensional space which is still a fantastical and artistic interpretation of reality.

An eye/fish on the hook; the logo represents my inherent and irresistible attraction to images and my profound desire to create truly ‘eye-catching’ ones.

In editorial illustration projects like in the field of communication I enjoy being able to give the client exactly what they are looking for, breathing life into their ideas. I also love finding the ideal patron for the realization of each of my projects.

I feel the need to experiment, work in teams, change my style and role, and always meet new people with whom to collaborate and discuss new ideas. It’s my goal to unite a group of professionals to work towards a shared visual idea which will have coherent and effective results.

I’ve always seen creativity as the key to change our reality, to imagine a better one or to show its critical points. PAPER PASSIONS is not only the name of my blog it’s also the expression of my love for paper in general and for the delicate textures imprinted on banknotes or encoded in maps.